When you come to me, unbidden,
Beckoning me
To long-ago rooms,
Where memories lie.

Offering me, as to a child, an attic,
Gatherings of days too few.
Baubles of stolen kisses.
Trinkets of borrowed loves.
Trunks of secret words,

Maya Angelou
Posted by Asha at 9:08 PM No comments:

Email ThisBlogThis!Share to TwitterShare to FacebookShare to Pinterest
Labels: Poetry

"Congratulations! You have purchased an extremely fine device that would give you thousands of years of trouble-free service, except that you undoubtedly will destroy it via some typical bonehead consumer maneuver.

Which is why we ask you to PLEASE FOR GOD'S SAKE READ THIS OWNER'S MANUAL CAREFULLY BEFORE YOU UNPACK THE DEVICE.

YOU ALREADY UNPACKED IT, DIDN'T YOU? YOU UNPACKED IT AND PLUGGED IT IN AND TURNED IT ON AND FIDDLED WITH THE KNOBS, AND NOW YOUR CHILD, THE SAME CHILD WHO ONCE SHOVED A POLISH SAUSAGE INTO YOUR VIDEOCASSETTE RECORDER AND SET IT TO "FAST FORWARD", THIS CHILD ALSO IS FIDDLING WITH THE KNOBS, RIGHT?

AND YOU'RE JUST STARTING TO READ THE INSTRUCTIONS, RIGHT???

WE MIGHT AS WELL JUST BREAK ALL THESE DEVICES RIGHT AT THE FACTORY BEFORE WE SHIP THEM OUT, YOU KNOW THAT?

We're sorry. We just get a little crazy sometimes, because we're always getting back "defective" merchandise where it turns out that the consumer inadvertently bathed the device in acid for six days. So, in writing these instructions, we naturally tend to assume that your skull is filled with dead insects, but we mean nothing by it. OK?

From 'Dave Barry's Greatest Hits'
Posted by Asha at 8:50 AM 1 comment:

From Dave Barry Talks Back, the best I have read so far.

"….So I was getting on a plane in Seattle, and I was feeling a touch nervous because that very morning a plane was forced to make an emergency landing at that very airport after a window blew out at 14,000 feet and a passenger almost got sucked out of the plane headfirst.

This is the kind of thing that the flight attendants never mention during the Preflight Safety Demonstration, although maybe they should. I bet they could put on a very impressive demonstration using an industrial vacuum cleaner and a Barbie doll, and we passengers would NEVER take our seat belts off, even when the plane landed. We'd walk out into the terminal with our seats still strapped to our backs.

Anyway, the good news is that the passenger in Seattle was wearing his seat belt, and the other passengers were able to pull him back inside, and he's expected to make a complete recovery except for no longer having a head. This will definitely limit his ability to enjoy future in-flight meals ("Would you like a dense omelet-like substance, sir? Just nod your stump.")

Ha, ha! I am just joshing of course. The man retained all his major body parts. But just the same I don't like to hear this type of story because I usually take a window seat, because I want to know if a wing falls off. The pilot would never mention this. It is a violation of Federal Aviation Administration regulations for the pilot to ever tell you anything except that you are experiencing “a little turbulence.”

You frequent fliers know what I’m talking about. You’re flying along at 500 miles an hour, 7 miles up, and suddenly there’s an enormous shuddering WHUMP. Obviously the plane has struck something at least the size of a Winnebago motor home-in fact sometimes you can actually see Winnebago parts flashing past your window-but the pilot, trying to sound bored, announces that you have experienced “a little turbulence.” Meanwhile you just know that up in the cockpit they’re hastily deploying their Emergency Inflatable Religious Shrine.

Here’s what bothers me. You know how, during the Preflight Safety Demonstration, they tell you that in the event of an emergency, oxygen masks will pop out of the ceiling? My question is: Who wants oxygen? If I’m going to be in an emergency seven miles up, I want nitrous oxide, followed immediately by Emergency Intravenous Beverage Cart Service, so that I and my fellow passengers can be as relaxed as possible. (“Wow! Those are some beautiful engine flames!”)
Posted by Asha at 8:48 AM No comments:

in time of daffodils

in time of daffodils(who know
the goal of living is to grow)
forgetting why, remember how

in time of lilacs who proclaim
the aim of waking is to dream,
remember so(forgetting seem)

in time of roses(who amaze
our now and here with paradise)
forgetting if, remember yes

in time of all sweet things beyond
whatever mind may comprehend,
remember seek(forgetting find)

and in a mystery to be
(when time from time shall set us free)
forgetting me,remember me

You must see it here, with this girl's beautiful photographs: http://sometimesiwritesometimesiam.blogspot.com/2011/02/in-time-of-roses.html
Posted by Asha at 8:11 AM No comments:

They say the kyang go there every summer... 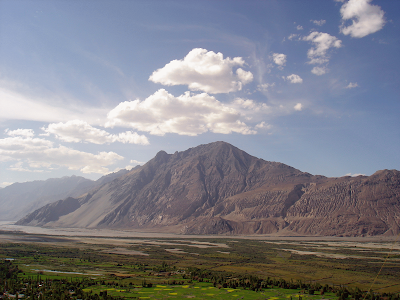 A Personal Reconnaissance
by Tensin Tsundue

From Ladakh
Tibet is just a gaze away.

They said:
from that black knoll
at Dumtse it's Tibet.
For the first time, I saw
my country Tibet.

In a hurried hidden trip
I was there at the mound.

I sniffed the soil,
scratched the ground,
listened to the dry wind
and the wild old cranes.

I didn't see the border,
I swear there wasn't anything
different, there.

from 'Kora' stories and poems. By Tenzin Tsundue ( http://www.friendsoftibet.org/tenzin/)
Posted by Asha at 11:25 AM 1 comment: 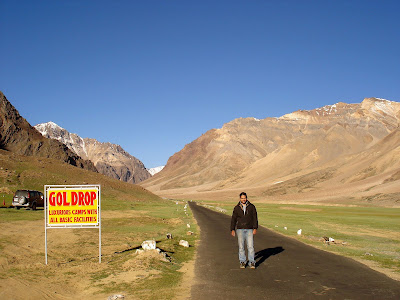 On the back-breaking, nerve-wracking 2 day journey in a mini-bus from Manali to Leh in Ladakh (in the Himalaya mountains, on the border with China)(July 2006), we Indians are a minority in a motley crowd of foreigners. After hours of steep climbing up to 14, 000 feet on the first day, you are rapidly succumbing to altitude sickness, but struggling against it, since everyone else seems to be all healthy and fit.

What the hell, how can they all be so happy and cheerful and talking and laughing? How come they all can breathe? Idiots. The heat is killing. Dry desert mountains all around. No human habitation anywhere. The chattering of the Korean girls ahead is driving you mad. You have just had some Maggi noodles and biscuits the whole day, that’s more or less what you get in the few tent stops along the way.

Oh God, you have started hallucinating. Oh God, this can’t be happening. 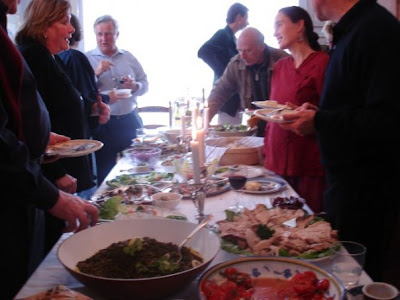 Easter lunch at the the F… family reunion, on the beautiful island of Ile d’Orléans, Québec (April 2006). You are the only foreigner in this 40-strong crowd of French Canadians. M himself does not know most of the crowd as they meet very rarely, and this is his rich uncle’s house by the way. Many of them assume that you are M’s Indian girl friend because he’s “the mad guy who set up the music school in an Indian village.”

A doubt that has to be dispelled by introducing M’s very pregnant wife A to other people you have started conversations with. You are slowly getting used to the weirdness of it all. Especially enjoying the high regard people now seem to have for India. No more mention of elephants and kings, like during your visit to France 10years ago.

After lunch, served at a huge table with a vast variety of dishes, many of which you have to ask A to explain, you go Easter egg hunting with the kids in the huge beautiful garden outside.