Time travels to learn
your secret life
in your mausoleum

In the Mausoleum
Beirut
Posted by Asha at 7:48 PM No comments:

From 'Dave Barry is not Making This Up', Chapter 'Hell on Wings' -

"...It's a very good thing for society in general that I am not a flight attendant, because I would definitely kill somebody no later than my second day. Recently, I sat on a bumpy, crowded flight and watched a 40-ish flight attendant, both arms occupied with a large stack of used dinner trays, struggling down the aisle, trying to maintain her balance, and a young man held out his coffee cup, blocking her path, and in a loud, irritated voice said, quote: "Hon? Can I get a refill? Like maybe today?"

Oh, I'd be with him soon, all right. I'd come up behind him and strangle him with the movie-headphone cord. "Is that tight enough for you, sir?" would be the last words he'd ever hear. Then I'd become a legendary outlaw flight attendant. I'd hide in the overhead luggage compartment and watch for problems, such as people flying with small children and making no effort to control them, people who think it's cute when their children shriek and pour salad dressing onto other passengers.

When this happened BANG the luggage compartment would burst open and out would leap: the Avenging Flight Attendant of Doom, his secret identity concealed by a mask made from a barf bag with holes in it. He'd snatch the child and say to the parents, very politely, "I'm sorry, but FAA regulations require me to have this child raised by somebody more civilized, such as wolves." If they tried to stop him, he'd pin them in their seats with dense, 200-pound airline omelets."
Posted by Asha at 7:46 PM No comments:

To a Young Son

Today I passed your room
and you were slowly quietly
combing your hair.
It was a pleasant, calm moment.
I felt the silence of the room
and could almost hear you growing.
You combed without a mirror,
your eyes distant and pale,
your head slowly nodding
like the head of a stroked animal.

Xerxes the King sent out a spy
who returned to camp, astonished to say
that the Spartans were all stripped to the waist
their bodies gleaming in the Aegean sun
and they were all carefully combing their hair.
The king was afraid then.
The Spartans were preparing to die.

I turn slowly from your doorway
and return to the linen closet where I
will fold this memory in my heart
among everything that is clean and fresh and white.

The Pain of Exclusion

In today's excerpt - our need to matter and our need to belong are as fundamental as our need to eat and breathe. Therefore ostracism - rejection, silence, exclusion - is one of the most powerful punishments that one person can inflict on another. Brain scans have shown that this rejection is actually experienced as physical pain, and that this pain is experienced whether those that reject us are close friends or family or total strangers, and whether the act is overt exclusion or merely looking away. Most typically, ostracism causes us to act to be included again - to belong again - although not necessarily with the same group:

"Studies reveal that even subtle, artificial or ostensibly unimportant exclusion can lead to strong emotional reactions. A strong reaction makes sense when your spouse's family or close circle of friends rejects or shuns you, because these people are important to you. It is more surprising that important instances of being barred are not necessary for intense feelings of rejection to emerge. We can feel awful even after people we have never met simply look the other way. 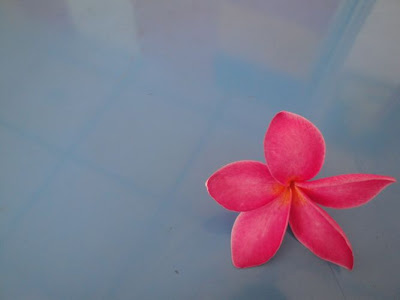 "...There will be time in the long days and nights,
stunned by the sun or driven by the stars,
to unwind your spool of life.
You will learn again what you always knew-
the wind sweeps everything away."

From 'Answering Back', Edited by Caron Ann Duffy

So when you are waiting for the report of a malignancy test, is relief a reasonable emotion to feel? You learn that it is possible, if not reasonable.
Posted by Asha at 9:21 PM No comments:

In a very ordinary world
A most extraordinary pain mingles with the small routines,
The loss seems huge and yet
Nothing can be pinned down or fully explained.

some people never go crazy.
me, sometimes I'll lie down behind the couch
for 3 or 4 days.

Charles Bukowski
Posted by Asha at 9:13 PM No comments:

Keep cats
if you want to learn to cope with
the otherness of lovers
Otherness is not always neglect -
Cats return to their litter trays
when they need to.
Don't cuss out of the window
at their enemies.
That stare of perpetual surprise
in those great green eyes
will teach you
to die alone.

Email ThisBlogThis!Share to TwitterShare to FacebookShare to Pinterest
Labels: Poetry 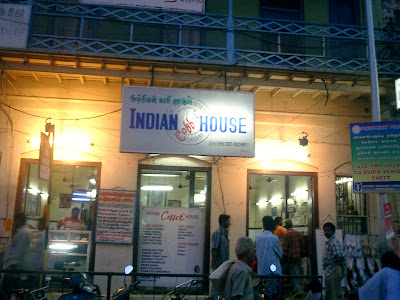 "...I arrived in the town of Pondicherry, a tiny self-governing Union Territory south of Madras, on the coast of Tamil Nadu. In population and size it is an inconsequent part of India-by comparison, Prince Edward Island is a giant within Canada-but history has set it apart. For Pondicherry was once the capital of that most modest of colonial empires, French India. The French would have liked to rival the British, very much so, but the only Raj they managed to get was a handful of small ports. They clung to these for nearly three hundred years. They left Pondicherry in 1954, leaving behind nice white buildings, broad streets at right angles to each other, street names such as rue de la Marine and rue Saint-Louis, and képis, caps, for the policemen.

I was at the Indian Coffee House, on Nehru Street. It's one big room with green walls and a high ceiling. Fans whirl above you to keep the warm, humid air moving. The place is furnished to capacity with identical square tables, each with its complement of four chairs. You sit where you can, with whoever is at a table. The coffee is good and they serve French toast. Conversation is easy to come by. And so, a spry, bright-eyed elderly man with great shocks of pure white hair was talking to me. I confirmed to him that Canada was cold and that French was indeed spoken in parts of it and that I liked India and so on and so forth-the usual light talk between friendly, curious Indians and foreign backpackers. He took in my line of work with a widening of the eyes and a nodding of the head. It was time to go. I had my hand up, trying to catch my waiter's eye to get the bill.

Then the elderly man said, "I have a story that will make you believe in God.""

P.S: The Indian Coffee House is gone. What is left has shifted to a small basement place down the same street.
Posted by Asha at 8:43 PM No comments:

Have you ever seen the rain?

Someone told me long ago, there's a calm before the storm.
I know, and it's been comin' for some time.
When it's over, so they say, it'll rain a sunny day.
I know, shinin' down like water.

Yesterday, and days before, sun is cold and rain is hard.
I know, been that way for all my time.
'Til forever on it goes through the circle fast and slow,
I know, and it can't stop, I wonder.